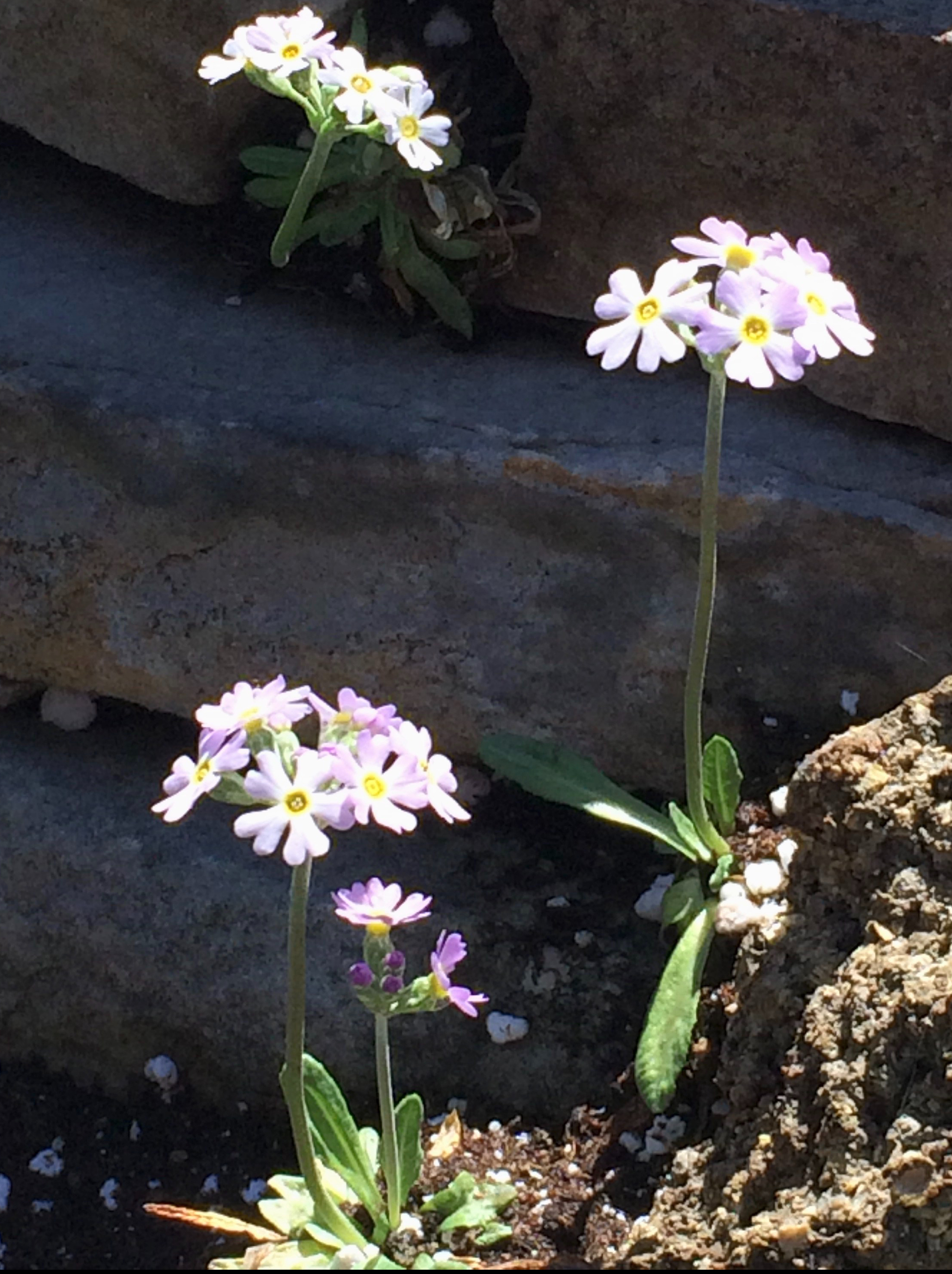 May I Introduce: Dwarf Canadian Primrose

My first encounter with this charming little native primrose was on the wave swept shore of Lake Huron, on the Bruce Peninsula, where limestone pavements shelve incrementally down to the water’s edge. Nestled in tiny, moist cracks in the limestone, never far from the spray, were some small pink flowers with yellow centres, Primula mistassinica. I have since encountered this plant in other locations in eastern Canada, almost anywhere there is damp limestone, such as in seepage areas on limestone cliffs. Primula mistassinica is named for Lake Mistassini, the largest lake in Québec.

Brought into the garden, this little primrose flourishes and has many more flowers in each cluster. The buds form the previous year, visible but nestled deep in the basal rosette of leaves, and ready to bloom very early in spring. This is a charming little plant for a damp spot in a rock garden or a trough.

When I initially encountered Primula mistassinica, I called it Bird’s Eye Primrose. I have since learned that that name is perhaps better reserved for a very similar species, with a slightly more eastern distribution, Primula laurentiana, and P. mistassinica should be called Dwarf Canadian Primrose, although getting folks, including me, to alter the common names they learned in childhood is not an easy task. From their written description, I find it difficult to know exactly how the species differ. I decided the thing to do would be to grow them side by side. I was able to acquire some wild-collected Bird’s Eye Primrose seed, from the Ontario Rock Garden Society Seed Exchange, in 2018. The little P. laurentiana seedlings have not yet bloomed for me, and, honestly, did not look that different from P. mistassinica for most of the summer. However, by November, there were some differences apparent: Bird’s Eye Primroses have fewer and broader leaves and they are less persistently evergreen, as we can see in the photo below. Both plants have buds in their centres, ready for next spring’s early bloom.

2 thoughts on “May I Introduce: Dwarf Canadian Primrose”

Open May to September

Change of Venue on Earth Day