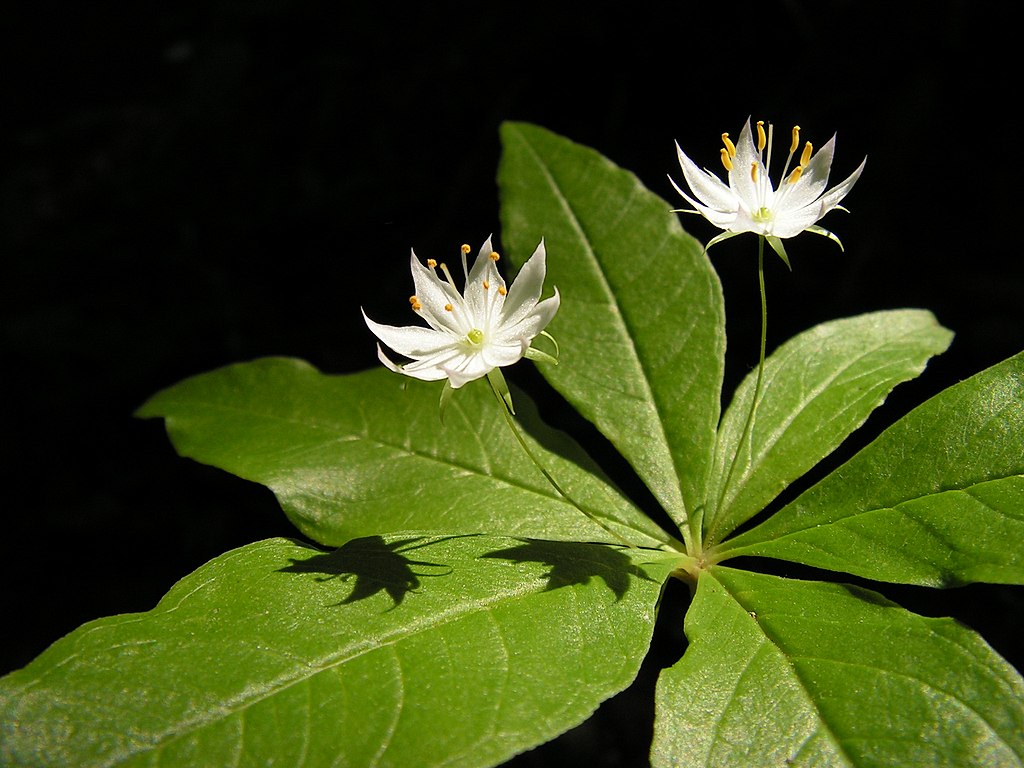 The tiny white seeds of Starflower (Trientalis borealis) are easy enough to collect but I did not have great success germinating them. So I have only a handful of plant available for Spring 2021. I have no idea how popular this quiet but charming little woodlander will be. I can imagine folks who love the north woods might like it. It seems quite adaptable to a variety of shady situations, under conifers and deciduous trees.

Starflowers grows scattered throughout the woods at Beaux Arbres, in sites both moist and dry. (The soil at Beaux Arbres is mostly sandy and moderately acidic.) Their stems of whorled leaves resemble another woodland plant, Indian Cucumber Root (Medeola virginiana) but Indian Cucumber Root is much less common in our area, and occurs almost exclusively in relatively rich, moist bottomlands. In our woods, Starflower never masses to make a notable floral display. I don’t know if it is possible to coax it to do so in a garden situation. Worth trying, for the little starry blossoms have a lovely simplicity. They are also botanically interesting, for they are one of the very few flowers which have seven petals.

The indispensable William Cullina, who is only garden writer I know of who has taken Starflower seriously, has this to say about it:

[I]t adds a note of diversity and authenticity to naturalized plantings and woodlands, and I think it looks lovely growing among mosses, wintergreen, partridgeberry, and others.

The New England Wildflower Society Guide to Growing and Propagating Wildflowers of the United States and Canada, 2000.

Starflower has recently been put into the genus Lysimachia, with the yellow-flowered native Loosestrifes, such as the very pretty native Swamp Candles (Lysimachia terrestris). Thus Starflower should be properly called Lysimachia borealis, but most books and websites will have it listed as Trientalis borealis.

Open May to September

Change of Venue on Earth Day